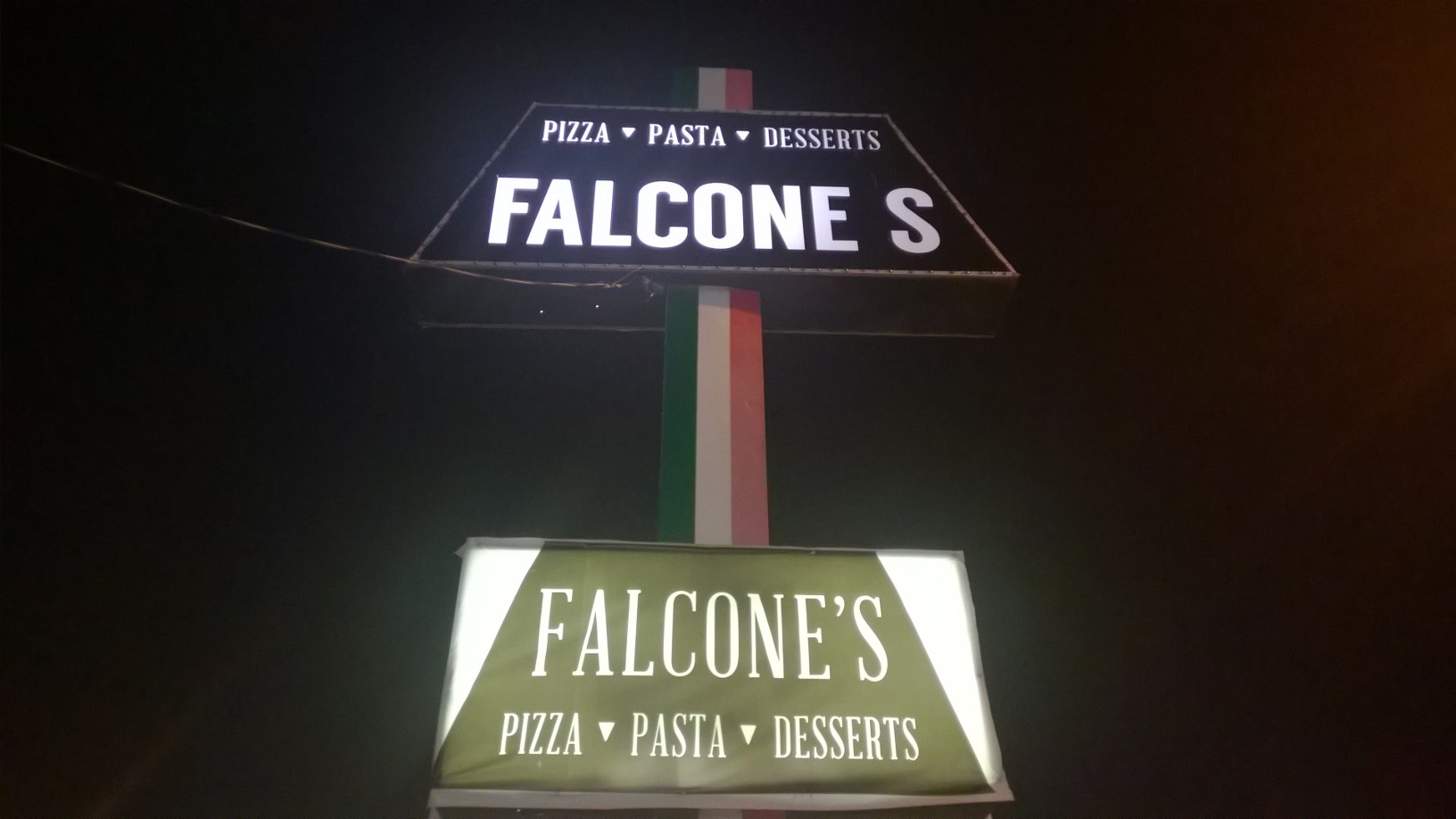 I first heard about Falcone’s Pizzeria many years ago when the owner decided to tell off the Edmond Planning Commission back in 2007. Danny Falcone had just opened a new location in Edmond and the city didn’t want him to put up an awning in the colors of the Italian flag, so he banned them from his restaurant. Hey anyone who didn’t like members of Edmond city government couldn’t be that bad, so we stopped at the Edmond location and visited many times until the location was closed. The only location left is on North May Avenue.

I’ve never been to New York to try New York style pizza but I think Falcone’s is about as close as I can get in Oklahoma. We usually get the 18 inch pizza with pepperoni, mushrooms, and black olives. This pizza is so big, you can feed a family of four on it easily. The crust is light and thin, the cheese and toppings thick on the top. Now I’m also not going to lie, it’s got some grease on it as well but my dad would always say, “The greasier the better”. You can get smaller pizzas but why? Seriously they do have a personal pizza so you can do your own thing. We always start with mozzarella sticks that are big and chunky. Now unfortunately they have no ranch for dipping but I can get over that. If you aren’t full from the pizza, or even if you are, get some cannoli. Either plain or chocolate dipped, doesn’t matter, these are some of the best in town.

I highly recommend a visit. Service is always good along with the food. I give them 5 strips of bacon.